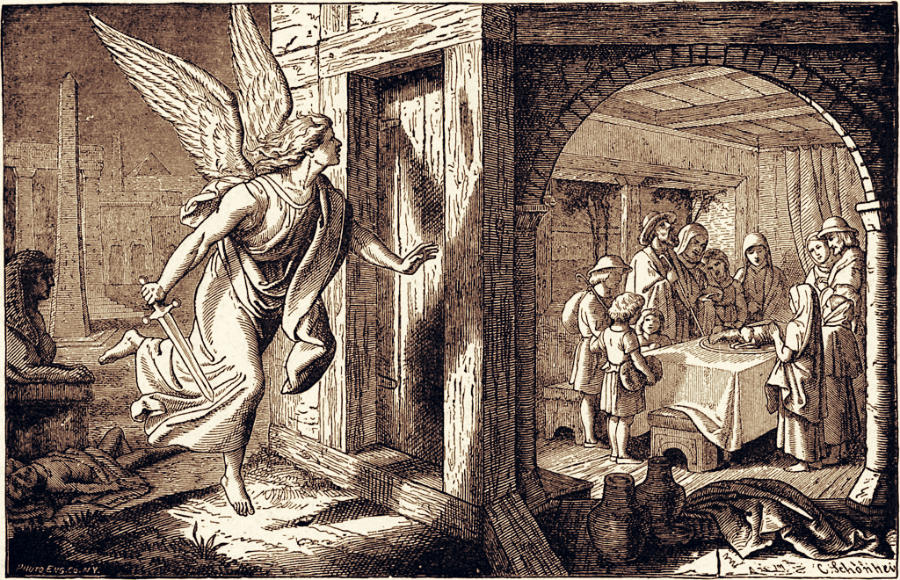 Brother Tim Pinson, Brother John Cochran and I were discussing certain matters concerning our time and our mission in the Lord. In the end, Brother John had these visions and I had a complimentary one.

The precise and timely nature of these two visions can not be easily overlooked. They were given on Nissan 12, a day after Palms Sunday.

While composing this post, Brother Wes Bridel shared something interesting with me. Allow me to quote:

That in the year of the Exodus, and in the year of Jesus’ cross, and this year…the days of the week line up the same on the biblical calendar.  In other words, today is a Monday and is the 12th of Nissan!

He also studied the proper dating of Passover recently. I will share his post when he published it. But here is an interesting study worth reading, esp. when considering the recent visions and understandings given to us about the Calendars and the Full Moon of this month.

Chronology of the Crucifixion Week

This confirmed the theme of our spiritual discussion during the meeting: the Culture of God’s Kingdom has now been revealed and birthed out from the hidden place. It will crush and subdue all other kingdoms and cultures of man through the discipleship of His divine wisdom (Isaiah 2, Micah 4).

“We do, however, speak a message of wisdom among the mature, but not the wisdom of this age or of the rulers of this age, who are coming to nothing.

No, we declare God’s wisdom, a mystery that has been hidden and that God destined for our glory before time began. None of the rulers of this age understood it, for if they had, they would not have crucified the Lord of glory.

The Spirit searches all things, even the deep things of God.”

As John shared this scene, I (Immanuel Sun) also saw a quick vision, which obviously served as a complementary understanding of his vision. I saw that the vessel that was being cleansed was the Altar of the Lord. Only a few elected–those set apart ahead of time–were allowed to perform this dedication. They were dressed in priestly garments as they diligently and soberly carried out their priestly duties. One was at the Altar, rubbing hard upon the inner surface (The moment John saw this one’s hand, I was given the understanding that this one was using a bundle of hyssop to firmly rub on the bottom part of the surface of the Altar). Another one was on the outer. The third, who I presumed to be their leader, was standing a short distance away, overseeing their work. I don’t know if there were others or not, for I only saw these three. These were given charge of the Altar of Sacrifices, which was situated in the center, clearly in the Outer Court of the Temple of the Lord.

This seems to be a commencement of something new and significant. A thick layer of fat and other grisly stuff had been covering the surface of the altar, and one could barely detect its original color. The intent of this time is to thoroughly cleanse it and prepare it for service. It is as if the sacrifices of the past were not necessarily pure or properly handled. God had discontinued such a practice for a long time; now, He intends to bring about its restoration. I was instantly reminded of what is shared in Malachi:

“But who can endure the day of his coming? Who can stand when he appears? For he will be like a refiner’s fire or a launderer’s soap. He will sit as a refiner and purifier of silver; he will purify the Levites and refine them like gold and silver.

Then the Lord will have men who will bring offerings in righteousness, and the offerings of Judah and Jerusalem will be acceptable to the Lord, as in days gone by, as in former years.”

There is much that can be shared on the topic of the usage and spiritual meanings of hyssop (I attached a personal research note on this topic). Simple research can readily reveal to us the beauty of the timing of John’s vision and the undeniable reality of God’s work in the midst of us as His chosen people. These are a few my understandings of what this symbolizes for us in “such a time like this”:

May the Lord keep you (redeem you from evil) and bless you (show favor to you)! May He make His Face shine upon you to glorify and honor you before Himself as He establishes you as His own!