PROPHECY OF 1679 by Jane Leade 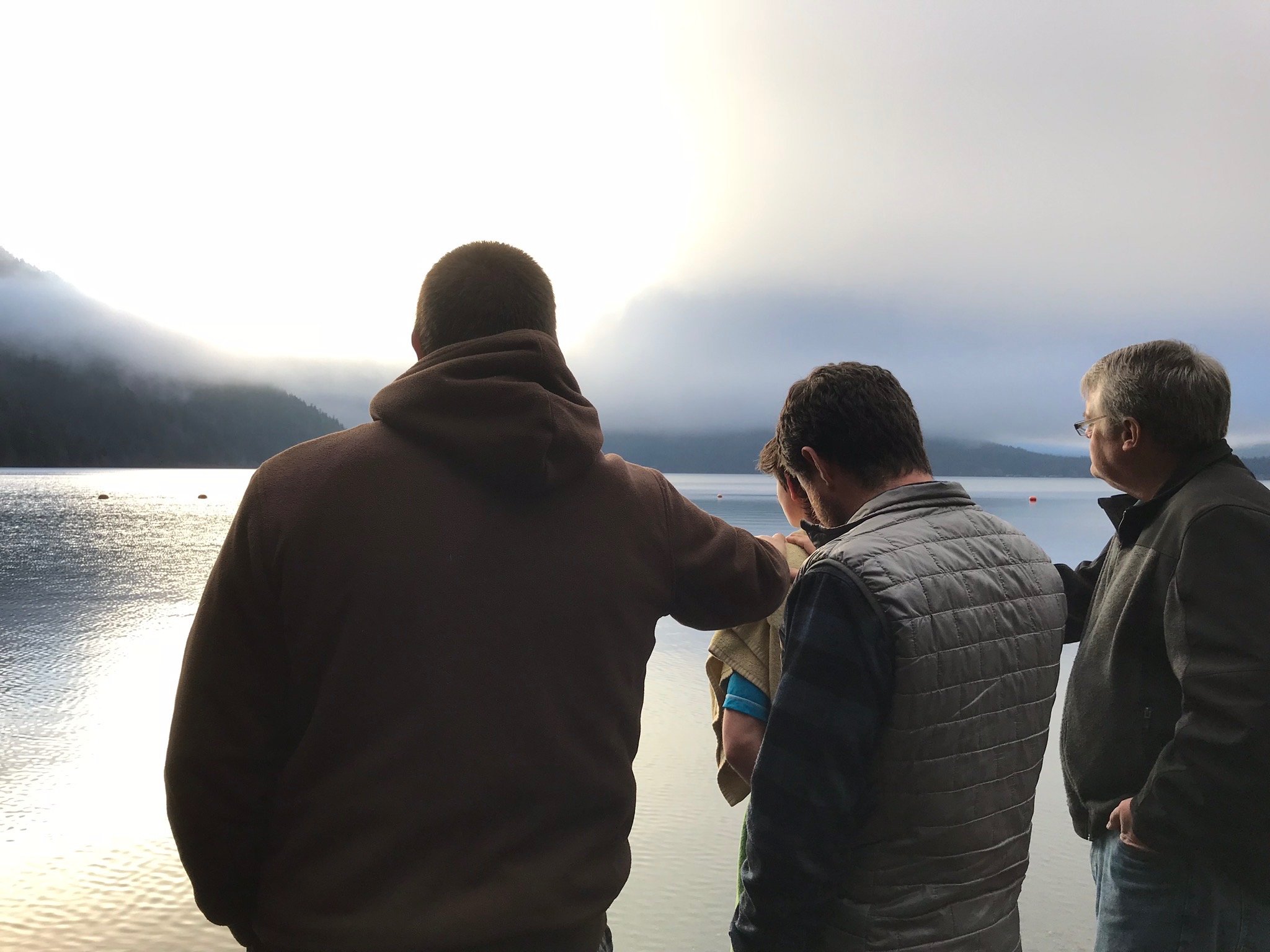 “There shall be a total and full redemption by Christ. This is a hidden mystery not to be understood without the revelation of the Holy Spirit. The Holy Spirit is at hand to reveal the same to all holy seekers and loving inquirers.

The completion of such a redemption is withheld and abstracted by the apocalyptical (or revelation) seals. Wherefore as the Spirit of God shall open up seal after seal, so shall this redemption come to be revealed both particularly and universally. In the gradual opening of the mystery of redemption in Christ doth consist the unsearchable wisdom of God; which may continually reveal new and fresh things to the worthy seeker. In order to which the ark of the Testimony in Heaven shall be opened before the end of this age and the living testimony herein contained shall be unsealed. The presence of the Divine Ark will constitute the life of this Virgin Church, and wherever this body is, there must the ark of necessity be.

The unsealing of the Living Testimony within the Ark of God must begin the promulgation of the everlasting gospel of the kingdom. The proclamation of the Testimony will be as the sounding of a trumpet of alarm to the nations of professed Christendom. Authority shall be given by Christ to the putting an end to all controversies concerning the true church that is born of the New Jerusalem mother. This decision will be the actual sealing of the body of Christ with the name (or Authority) of God, giving them a commission to act by the same.

This New Name (or Authority) will distinguish them from the seven thousand names of Babylon. The election and preparation of this Virgin Church is to be after a secret and hidden manner. As David in his ministry was chosen and anointed by the prophet of the Lord, yet was not admitted to the outward profession of the Kingdom for a considerable time afterward, of the stem of David a Virgin Church, which hath known nothing of a man or human constitution, is to be born and it will require some time for it to get out of the minority and arrive at full and mature age.

The birth of this Virgin Church was typified by St. John’s vision where the great wonder appeared in heaven, bringing forth her first born that was caught up to the throne of God (or identified with the Authority of God). For as a virgin woman brought forth Christ after the flesh, so shall a Virgin Church bring forth the first born after the Spirit who shall be endowed with the seven spirits of God. This church so brought forth and sealed with the mark of Divine Authority will have no bonds or impositions, but the holy unction among these new born spirits will be all and all.

There is not at this day (1619) visible upon the earth such a church, all profession being found light when weighed in the balances. Therefore they are rejected by the Supreme Judge. Which rejection will be for this cause that out of them may come a new and glorious church. Then shall the glory of God and the Lamb so rest upon this typical tabernacle so that it shall be called the Tabernacle of Wisdom, and though it is not now known in visibility, yet it shall be seen as coming out of the wilderness within a short time; then it will go on to multiply and propagate itself universally, not only to the number of the first born (144,000) but also to the remnant of the seed, against whom the Dragon will make war continually.

Wherefore the spirit of David shall revive in this blossoming root. These will have might given them to overcome the Dragon and his angels, even as David overcame Goliath and the Philistine army. This will be the standing up of the great prince Michael and will be as the appearance of Moses against Pharaoh, in order that the chosen seed may be brought out of hard servitude.

Egypt doth figure this servile creation under which Abraham’s seed groans, but a prophet, and the most prophetical generation, will the Most High raise up who shall deliver His people by the force of spiritual arms. For which there must be certain head powers to bear the first office, who are to be persons in favor with God, whose dread and fear shall fall on all nations, visible and invisible, because of the mighty acting power of the Holy Spirit which shall rest upon them. For Christ will appear in some chosen vessels to bring into the Promised Land, the New Creation state.

Thus, Moses, Joshua, and Aaron may be considered types of some upon whom the same Spirit will come, yet in greater proportion. Whereby they shall make way for the ransomed of the Lord to return to Mt. Zion, but none shall stand under God but those who have become “tried” stones after the pattern and similitude of Christ. This will be fiery trial through which a very few will be able to pass or bear up in it. Whereby the waiters for this visible breaking forth are strictly charged to hold fast, and wait together in the unity of Pure Love. This trial will be of absolute necessity to all for the clearing away of all remaining infirmities of the natural mind, and the burning of all hay, wood, and stubble. For nothing must remain in the fire, for as a refiner shall He purify the sons of the kingdom.

There will be some who will be fully redeemed being clothed upon with a priestly garment after the Melchizedek order. This will qualify them for governing Authority. Therefore it is required on their part to suffer the Spirit of burning, and the fanning of the Fiery Breath searching every part within them until they arrive at a Fixed Body from whence the wonders are to flow out.

Upon this body will be the fixation of the Urim and Thummim that are the portion of the Melchizedek priesthood whose descent is not counted in the genealogy of that creation which is under the fall but in another genealogy which is a New Creation. Hence these priests will have a deep inward search and divine sight into secret things of Deity, will be able to prophesy in a clear ground; not darkly and enigmatically, for they will know what is couched in the first originality of all beings, in the eternal anti-type of nature, and will be able to bring them forth according to the divine counsel and ordination.

The Lord sweareth in truth and righteousness that from Abraham’s line, according to the Spirit, there shall arise a Holy Priesthood. Abraham and Sarah were a type of that which would be produced and manifested in the last age. The mighty Spirit of Cyrus is appointed to lay the foundation of this third temple and support it in the building.

There are characteristics and marks whereby the pure Virgin Church shall be known and distinguished from all others and whereby the unction and true sound of the Holy Spirit shall be discerned from all others that are low, false and counterfeit. There must be a manifestation of the Spirit whereby to edify and raise up this Church, whereby bringing heaven down upon the earth and representing here the New Jerusalem state in order to which spirits are thus begotten and born of God, ascend to New Jerusalem above where their Head in majesty doth reign.

None but those who have so ascended and received of His glory can condescend and communicate the same, being thereby His representatives on the earth and subordinate priests under Him now. He that has ascended and glorified has made Himself, as it were, our Debtor. Consequently, He will not be wanting in qualifying and furnishing certain high and principal instruments who shall be most humble and as little regarded as David was, who He will dignify with honor and priestly sovereignty for drawing to them the scattered flocks and gathering them into one fold out of all nations.

Therefore, there should be a holy emulation and ambition stirred up among the bands of believers that they may be of the firstfruits unto Him that is risen from the dead and so be made principal agents for Him and with Him, that they may be, if possible, of the number of the First-born, of the New Jerusalem mother. All true waiters of His Kingdom in Spirit, under whatsoever profession they may be, ought to be numbered among the virgin spirits to whom this message appertains. Be watchful and quicken your pace.”