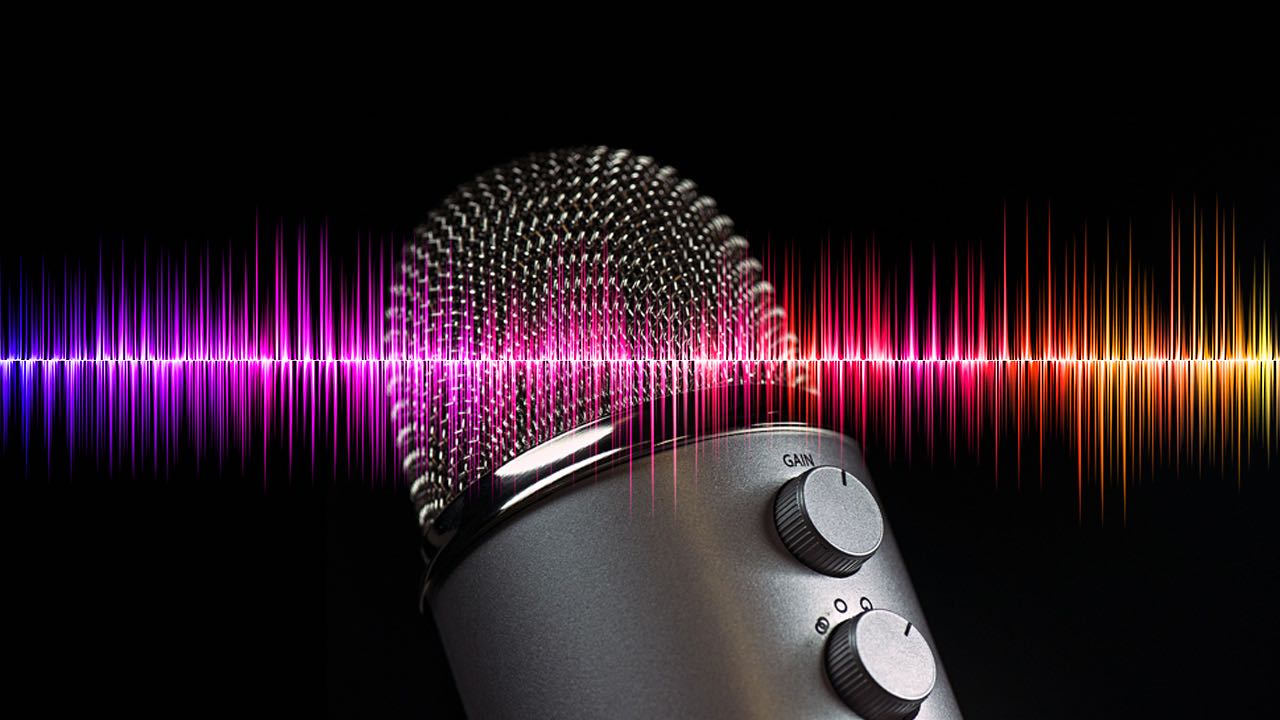 What World Do You Live In?

Mankind, as they dwell in the visible world of today, are being lulled asleep to the true condition as this world presents itself. The world of today presents itself as a world progressively evolving into a place of peace and contentment. But, deception, coming from most governmental powers are established to deceive the people into living a life of false contentment. That is, while being deceived, they falsely contend to hold onto the emptiness of these promoters of deception. While the populace, for the most part, has fallen asleep to the worlds true condition, their remains a remnant of people who are becoming fully awake. In awakening, they can pursue a life separated from today’s world of deception. 2 Peter 1:16 states, “For we did not follow cunningly devised fables, when we made known to you the power [the power of reproducing itself, inherent power] and coming [the presence] of our Lord Jesus Christ, but were eyewitnesses of His majesty”.

Herein a word has been given, for mankind to hear as to the truth of this fact. While a world exist that maintains itself through cunning devised falsehoods of deception another world has become available. That is, a world where the death realm of deception is swallowed up by the appearing of a greater presence. A presence of power and life which reproduces itself within all the receiving and obedient people. A realm or world of life wherein the deceptive corruptible world of death or mortality is exchanged for a life of immortality. Note that a people shall also become the eyewitnesses of this transition which God is making available in accomplishing His purpose. That is, a people coming forth who shall and are becoming the outward expression of that which they have become inwardly. This speaks and points to a people who ascend into another world. A world entitled “heaven” which points to an increased dimension of God’s spirit manifesting from within man’s spirit, soul and body.

1 Peter 1:3-5 states for man, “Blessed be the God and Father of our Lord Jesus Christ, who according [God’s purpose or intention] to His abundant mercy has begotten us again to a living [by His resurrection] hope through the resurrection of Jesus Christ from the dead [out from among dead people] to an inheritance incorruptible [imperishable] and undefiled and that does not fade away, reserved in heaven [spiritual realm] for you, who are kept by the power [power of reproducing itself, inherent power] of God through faith for salvation [living together with Him] ready to be revealed [to unveil so as to be visible to the eye] in the last time”. These verses refer to that part of our salvation that has been reserved for us in heaven, the spirit. This speaks of more than forgiveness of sins. This looks beyond just the baptism of the Holy Spirit. This points to a realm where there is no other God but the one true God. That is, a world without carnality.

We should understand that by living in God’s heavenly world we partake of the “hidden manna” and the resurrected life which is a dwelling in the life of continually ascending unto the Father. This removes a people from dwelling in a world of corruptive carnality which promotes error, lies and deception. This heavenly place in Christ removes a people from a blinded world which does not nor does it desire to know the one true God. These blinded one’s desire to remain among a religious or non-religious life-style and mind-set of carnal living. 2 Cor. 3:14, “But their minds [thoughts] were blinded [hardened]. For until this day [religious world of today] the same veil remains unlifted [lack of revelation and understanding] in the reading of the Old Testament [old covenant – also today’s carnal minds lack spiritual understanding of God’s new covenant] because the vail is taken away in Christ [Christ fulfilled the old covenant to ushered in the new but people remain blind to God’s world]”.

In considering the religious arena of today’s world, much is left to be desired when looked upon by the world in general. While a remnant of sorts maintains a basic understanding of God’s order of truth, these miss out on the greater blessings and purpose of God. A large portion of these continue to maintain a degree of false religious security by believing in a God of the future only. In this they, while looking for His one day coming, they miss His continual appearing. While Christ is surely coming, He is also constantly appearing. Matt. 24:29-30 reveals, “Immediately [not after the millennium] after the tribulation of those days, the sun will be darkened, and the moon will not give its light; the stars will fall from heaven, and the powers of the heavens will be shaken. Then the sign of the son of man will appear [shine forth] in heaven, and then all the tribes of the earth will mourn, and they will see [has regard to the object presented to the eye, and the subject which perceives, at the same time] the Son of Man coming on the clouds [throng of people] of heaven with power and great glory”.

Yes, our Lord and Savior is “coming”, for every eye shall behold Him, but we should know and be aware that He is also “appearing” to and within a people in the now. 1 John 3:2, “Beloved, now are we the children of God [a child by descent], and it has not yet [because of being spiritually immature] been revealed [not yet brought to light, nor been made manifest] what we shall be, but we know [to acquire knowledge, become acquainted with, to come or get to know, learn, perceive] that when He is revealed [brought to light, made manifest, revelation], we shall be like Him, for we shall see [have regard to the object presented to the eye, and the subject which perceives, at the same time] Him as He is”. This points to a people who, in perceiving Him who is shown, He becomes enthroned upon their hearts. Our hearts become God’s mercy seat to manifest the full measure of the Christ as each one is sent forth. John 3:34, “For He Whom God has sent speaks the words of God, for God does not give the Spirit by measure”.

Herein, appearing from the dimension of the Spirit, a people are controlled by and manifesting the nature of Christ throne-room from their lives, a people revealing the coming Christ to the fallen corruptible world of deception. Note in Rom. 11:33-36, “Oh, the depths of the riches [expressing a feeling by way of wonder] both of the wisdom and knowledge [acquired by learning or experience] of God! How unsearchable are His judgments and His ways past finding out! For who has known the mind of the Lord? Or who has become His counselor? Or who has first given to Him and it shall be repaid to him? For of Him and through Him and to Him are all things, to whom be glory forever. Amen”.

Yes, another world has been made available and to all who desire God’s new world, the Spirit of God within becomes the authority as all things are in His control. While the natural mind doesn’t comprehend this available world, man’s downfall is because he only judges by that which orders the old fallen natural world. That is the world of the knowledge of good and evil. Here a dual human mind rules but in God’s new world He becomes man’s all in all. While most of the populace, in general, desire to remain duel in their nature, God has a greater purpose. A new world, a new life, a dwelling with God. A life of living around the throne-room authority of Christ. Is not this the testimony of God’s seeking people? John 3:30, “He [Christ] must increase, but I [self – our old world] must [omitted in the original text] decrease”.

Therefore, before us God has opened a door. A way has been made for a people to enter and be birthed into God’s presence. That is, a new world wherein the righteousness of God dwell. While this old world of fallen man is a world of sin and evil, God’s world is a realm where the measure of the stature of the fullness of Christ dwells. This is a world that replaces, in the perfected man, a life without sin and evil. Note and understand that “sin” is a nature which causes man to miss the mark of God’s eternal purpose. Meanwhile know that “evil” is an action that causes man to be vexed, to be hunted down or chased by that which is not of God. “Evil” is that which is perplexing. A condition of doubt or uncertainty, a state of confusion. Also “evil” ushers in distress. It promotes sorrow, misery, or suffering. Meaning that “evil” promotes a world of deception wherein God’s peace and contentment are replaced by danger and a life of trouble. A world that promotes “evil” of all sorts, which in the end forms a life of destruction.

Meanwhile, available and alive is another world. The world of God where mankind are invited to enter, through the cross of sacrifice, which births from within man God’s new world. A world where the overcomer of this world of sin and evil can know and have the right to eat from the tree of life. A life-style wherein man shall know the reality of the crown of life while never knowing of the second death. Herein, this people shall know the fulfillment of eating of God’s hidden manna while receive a new nature liken unto the Christ. Increase continues as the overcoming people are given power over the nations to know the delegated authority of the morning star. These likewise are clothed in new garments, a glorified body which flows from the Book of Life. Herein becoming standing pillars of God’s temple, His dwelling place in receiving a nature manifesting the city of God, His New Jerusalem, the crowning government of His Kingdom.

Thus we see the crowning jewel of God’s authority, the right to sit with Christ in His throne-room. Again we ask, what kind of world do you live in? Come and let us go into the House of the Lord for He who calls is extending an openness to all who desire to overcome and know Him. Overcoming causes man to enter into that which Abraham and the witnesses of faith looked for in Heb. 11:13, “These all died in faith, not having received the promises, but having seen them afar off were assured of them, embraced them and confessed that they were strangers and pilgrims on the earth.

Heb. 12:1, “Therefore, we also, since we are surrounded by so great a cloud of witnesses, let us lay aside every weight, and the sin [sin nature] which so easily ensnares us, and let us run with endurance the race that is set before us”.

Phil. 3:10-11, “That I may know Him and the power [power of reproducing itself] of His resurrection, and the fellowship of His sufferings, being conformed to His death, if, by any means, I may attain to the resurrection from the dead [into life of the just]”.

The Angel, the Battle Axe, and the Captives Experience